Would you recognise a Narcissist? 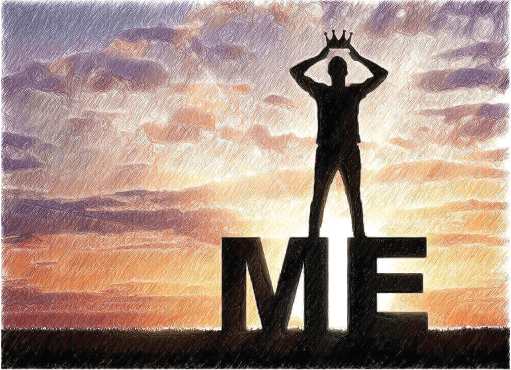 Narcissists: Who are they and how to recognise one.

An article by a friends1st member.

After a long committed relationship in a marriage I had a great deal to learn. My 32 year long marriage ended, but not because of me. (Don’t judge me yet – read on please). I write this article to bring a very important issue to the attention of other members so that they may not experience what I have had to come to terms with and heal from.

I was married to a cleric for thirty two long years. He had full blown Narcissistic Personality Disorder and this isn’t unusual. In the long interlude after my divorce I began to understand and to gain deeper insights about NARCISSIM. You may wonder why this is being raised in the friends1st magazine. Many of you may protest and even conclude that people who claim to be Christians could not possibly be narcissists. In fact this is a very relevant issue today. Many clergy (whom I have known personally) may come under the heading of having ‘narcissitic traits’.

So what is ‘Narcissism’?

Narcissism, at its most extreme, is a full blown personality disorder. The most pertinent reference to this is the movie from the 1940’s titled: ‘Gaslight’. Ingrid Bergman and Boyer starred in this classic movie. The film is based on a play written by Patrick Hamilton published in 1938. The term, ‘gaslighting’ has become integrated into the English language and evolved to mean: ‘emotional abuse’. Unfortunately this is often far from obvious. Highly intelligent narcissists operate in very subtle and even devious ways, ways often not clear to genuine good, kind, caring and compassionate people that they engage with.

So what are the warning signs to look for if you are involved with a ‘narcissistic personality’? Here are some red flags I have learnt to watch out for:

* Self centred: has an inflated sense of own accomplishments.
* Difficulty listening empathically to others.
* Presents as caring and as if nothing is too much trouble and yet when challenged about beliefs or even trivia will retaliate with rage.
* May jokingly repeat put downs: e.g. “I don’t know how you ever survived alone” or “I don’t know how you ever survived without me?”
* Manipulators: offer great gestures of offerings and then when the trap snaps shut, they will use this against you. Usually when they sense they have your 100% commitment to them.
* Poor, if any capacity, for empathy and may become irritated or even angry by the vulnerability of the other person.
* Body language is a key: Poor if any capacity, to keep eye contact in a conversation. Appears, restless, even agitated when just sitting and talking. Tense with stiffness in the upper-body that expresses rigidity.
* May laugh loudly or even talk loudly with no congruity in social settings.

People who have these traits certainly need help, but it is very rare for them to actually seek the support of any counselling because 99% of the time they will blame their partner or anyone else for people falling out with them. It’s impossible to challenge any person with a narcissistic personality because they become very angry and even violent or at times physically abusive.
Inside, their fragile ego demands total attention from their partner.

In the longer-term what transpires is the partner soon feels depleted and exhausted by the adaptation that is required in order to accommodate the narcissists demands. Even when and the demands appear to be subtle.

The people whom narcissists generally target are people who have the following qualities:

* Empathic listeners with great sensitivity for others.
* Nurturing caring people.
* People for whom ‘giving’ has no strings attached.
* Willing to give the other person many chances.
* Usually very adaptable and able to willingly walk in the other persons shoes in a self–sacrificing way.
* Always giving the other the benefit of the doubt.

Sadly these are the very characteristics the narcissist is short on. They gravitate towards such people and at times will either mimic or seek to emulate these characteristics. The relationship with a narcissist can never really last because all the adaptations has to come from the other person. Never from the narcissist themselves, as they see no need for change in their often punitive and selfish behaviours.

Narcissists are often portrayed as the party animal, yet they may be found also behind the mask of being the endless caregiver and placing the other person in a position of obligation.

Does any of this ring true in your relationships? Look out for this trait in others and if you see it, my advice is beware.