What a difference using an expert makes 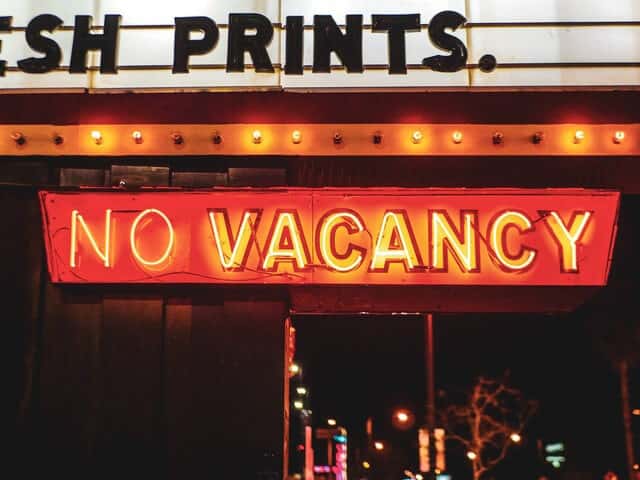 What a difference using an expert makes!

As you may know I’ve been running friends1st since 1999 now – and since about month six of having started the business, I’ve always had staff working for me. Now as any of you that run your own businesses will know, staffing costs are pretty much always the greatest overhead a business can have. Employing and using an expert for my business is no exception. And as a result I’ve always been very wary of them! I guess it wasn’t just the cost (which has taken me a long time to get my head around properly) it was also getting my head around the fact that I’d have to delegate things I thought I was quite capable of doing myself (and therefore had no need for anyone else to do them for me!)

It took me a long time to realise that staff were my most important asset – and really the key to running a great business – and a business that could grow and be successful. As a very successful business colleague of minesaid to me once: “I could work 23 hours a day but I still can’t accomplish as much as 2 or 3 people can accomplish!” He was so right.

Let’s go back to the cost of staff. Firstly there’s the cost of finding the staff, and secondly there’s the salary to pay. I have struggled with both over the years – and as a result I, and my business have really suffered.

So for the majority of time, I tried to find staff by word of mouth, placing adverts in local newspapers or shop windows (which is a relatively cheap way to do it), using online job boards and by writing to local churches.

This methodology worked up to a point because the business has been staffed one way or another since we started in 1999. Now I’ve had some great staff. But the staff I’ve had in the past don’t even half match up to the quality of the staff I have now. More importantly the effect that the staff I have now have had on the business itself – on my customers (our members) and my personal life –  is quite simply incomparable.

So what’s the difference? Well in the middle of 2015, I talked to a  fellow business owner who works in the same place as me (so he has all the same issues of location) who told me about his really great team of committed, loyal and high quality staff that he has around him. I wondered why he could attract so many great staff and I couldn’t.

He said he used a recruitment agency to supply him with staff.

When I looked at the costs of doing this I nearly fell over – it was SO expensive. Like over ten times more expensive than the methods I’d been using before. Ten times more is a lot of money – and that was just for the recruitment fee! And then of course there was the salary on top – and I was told what I was willing to pay was going to have to go up if I wanted to recruit the ‘right’ sort of people. It looked like everything was going up in price – and of course I worried hugely whether I could afford it! I really didn’t think I could so I went on doing what I’d always done and getting the same results.

But then I considered the ‘price’ of the continual recruitment I’d been doing over the years. It wasn’t so much the cost of recruiting new staff every so often (as I’ve said I was proud of doing that relatively cheaply) – it was the cost of training them, and all the emotional hassle of a new person starting, working out whether they fitted into the team, could cope with me, could handle the job, and could get to grips with our considerable systems and processes – let alone IT. There is no doubt it takes a good six months for someone to settle into a new job – and if you are repeating this process every year – that’s very very very ‘expensive’ – perhaps not in monetary terms – but in every other way.

Is your dating a bit like this? You use free or cheap sites – so spend very little money on ‘dating’ as such – but then find yourself going on a lot of dates that just aren’t that suitable, and the emotional roller coaster you’re on, takes it’s toll. The number of people we talk to you who are ‘dating fatigued’ is astounding.

Anyway back to the business.  A member of staff gave in their notice and I finally decided to take the plunge to recruit a replacemement using a recruitment agency. I swallowed the fact I was going to have to pay a large fee but decided after so long doing it in a way that hadn’t really been very effective (my way) I’d try another (highly recommended) way.

That was back in early 2017 and so successful was the first recruit that I’ve gone to use the recruitment agency to find another 2 members of staff. Now don’t me wrong, the price of using them IS expensive (in monetary terms) but they are worth every single penny for the results they have achieved for me. There’s no doubt I have a fantastic team now – the best I’ve ever had – and it’s made all the difference in the world as I said before.

I’m about to recruit a further 2 members of staff and what is interesting this time round about using the same recruitment agency is that because I now have a ‘relationship’ with them, they can recruit for me so much better. What I mean here is that because they ‘know me’ – and that means all my idiosyncrasies and foibles (oh yes we all have them) – they can introduce me to people who will cope with them from the start – rather than finding out six months in and leaving if they can’t cope. So the quality of candidates that I’ll consider for a job has not only gone up, but when I recruit, they are far more likely to stay. And that’s very important.  And of course I’m not having to spend my precious time writing the advert, placing it, sifting out candidates and then assessing a whole bunch of often inappropriate CVs.

I tell you all this because recruitment and dating are so similar. But even if they weren’t the lessons I’ve learnt are the same as the ones you might need to learn.

Generally using an expert (although more expensive initially) is worth every penny you pay.

You definitely get what you pay for. Pay peanuts – get monkeys (sound familiar now you think about it?)

Having someone get to know the unique you, makes such a difference – because you are a one off – and tailoring someone to the real you – faults and all – is an art (not a science) and done well makes for such a happy result.

Now maybe you’ve been put off joining friends1st because of the cost. Instead you’ve been trying to find someone by solely using your own resources, or just spending a few quid each month on cheap online sites. How have you been finding it? Are you getting the quality of dates you want? Are you finding people that are really what you’re looking for? Or are you feeling fed up with dating because it seems there’s no-one suitable out there? You feel ‘fatigued’ and exasperated.

Perhaps it’s time to use an agency that knows what it’s doing, has great success rates, that would get to know you, and could save you a great deal of effort, heartache and exhaustion.

Don’t waste any more time trying to sort this most important part of your life out on your own. Your experience could be so different – and I can’t recommend taking the plunge like I did. You’ll be amazed at the difference you’ll feel.