The Hard Work of Dating 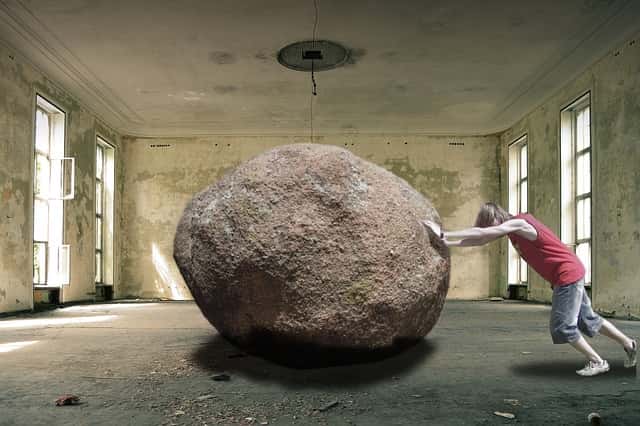 The Hard Work of Dating

I think most of us think that dating is going to be easy – that the right person will just come along and we’ll know that from the first contact, we’ll meet and walk off into the sunset together. I know secretly I thought like that, even if my experience was so far from it.

But every time you act on a set of profiles where you discard people because of where they live (the most common), the way they look (also very common) or what they have written in their profile, you are acting as if dating is easy.

I was with a friend at the weekend on a retreat at Lee Abbey. She is a very lovely eligible single Christian and finding it hard to meet someone. She too has failed to put in the hard work of dating, just hoping that someone will come along – and now less inclined to make the effort since she’s had a few contacts with people online that have turned out to be sordid and not what she was expecting at all.

Now this friend retrained in her 40s to be a nurse. My goodness that period of her life was hard. Her nursing course was HARD WORK – it’s a tough course anyway and on top of that she was a single mum bringing up a handful of kids. She adores her job and can look back now and see how the hard work has paid off.

I reminded her of the hard work she’d gone through. We were with her at times during it when as a group of friends we’d be away together socialising and she’d have to study late into the night. She had forgotten what hard work it was.

I told her that dating is no different. It’s hard work if you want the rewards. Even one of our very eligible men – who is now in a relationship – has had to work HARD to get there. Admittedly it was easier for him but he still have to put the work in.

So what does hard work look like in dating then? I started to explain this to my friend and it was like her eyes opened to the idea.  Hard work in dating means NOT judging people as being unsuitable because of where they live, what they look like or what their profile says. It means casting aside your natural, normal prejudices (that we ALL have) and contacting them anyway to see what they are really like when you actually get to talk to them yourself. It means meeting up with those people that you think you may have something in common with – and meeting up at least 3 times to check out your initial feelings that it isn’t going to work are 100% correct (because in 5 cases out of 10) you’ll be wrong. It means going to as many suitable events as you can to meet people. It means saying Yes to every opportunity you are given to meet new people. It means reading books that might help you change yourself to become more attractive and more to offer other people, and so the list goes on.

This is all hard work because it goes against the grain. You think it’s a lot of effort when you have already made a decision that the person isn’t going to be right for you. Which is no different from my six year old god child telling me she doesn’t like pea soup (having NEVER tried it before) because of it’s colour! (and no surprise she did like it once she tried it surprising herself more than anyone else).

The hard work is also picking yourself up when you’ve gone to meet someone with high expectations, and you’ve discovered you really aren’t compatible in any shape or form. It’s saying to yourself you’ll keep going – because the goal is worth the pain, hassle, expense and trouble on the journey.

So I’d like to ask you a question. Or rather ask you to ask yourself a question and answer it really honestly. Think back over the last six months. Compared to getting a degree (for example in nursing which involves studying every single night) how much work have you put into your dating journey. If you are someone that has cursorily browsed through the profiles we’ve sent you and done nothing about contacting any of them – then dare I say you are like someone who wants to get fit but thinks that driving past the gym and looking inside will get the results you want. Clearly madness but that madness is what you are doing with dating.

Or maybe you’ve just contacted one or two people – those that ‘jumped off the page’ for you. Is that really hard work? I don’t think so.

The fact is hard work is hard. It’s not easy. And maybe that’s where the problem lies. Perhaps we just don’t like hard work.

But I think you already know from your own life that most of the best things that come in life are hard work.

I don’t mean to berate you here – I want to encourage you to gird your loins, determine to work hard at your dating journey – and I can assure you, work hard, really put the effort in as I’ve described above, persevere and your results will be different. I have seen it so many times over the past 20 years – so you can trust what I am saying here.

If you really honestly think you’ve worked hard over the last six months and you’ve still got nowhere – give me a ring, I’d love to talk to you about what you’ve been doing and see if I can help you further along your way.