The A-Z of Christian Dating – C 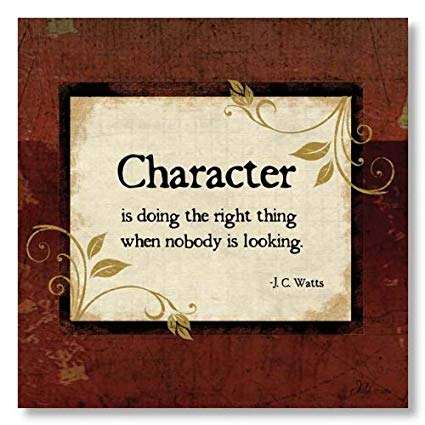 The A to Z of Christian Dating

C is for CHARACTER

When you are searching for a soul mate, THE most important thing you should be looking for is CHARACTER.

But strangely character never seems to come high up on people’s lists when you ask them what their ideal partner is going to be like.

We have all heard the classic “tall, dark and handsome” as the ideal attributes that women (or fairy tale princesses) are looking for.

Man C is like Man B in that he is exceptionally kind, generous and gentle but he is 5ft5, receding and rather overweight. Now if you have to choose between man A or C which would you choose?

Looks seem to dominate all genders of people thinking about who they will consider dating these days. Sites like Tinder have exacerbated what perhaps is our human nature to judge people quickly based on looks. But what a terrible travesty this is… and what a path to unhappiness and ruin.

What is it then that makes us happy with a partner? To a certain degree we want someone who we look good next to, someone admired by others, someone who looks good ‘on our arm’. But one hundred times more important (unless you are completely shallow person living in a 100% celebrity world where first impressions dominate your life) is the ‘type’ of person you are with. Show me where there is a group of women lining up to be with cruel, vindictive, aggressive men? Or show me a group of men who want to be with a woman who is bossy, jealous, controlling and suspicious. In fact show me one man or woman who is looking for those characteristics.

And of course when I mention such characteristics you are immediately thinking – No of course I don’t want someone like that! And of course you don’t – as you subconsciously flick to the next profile – and again judge them on looks.

Tell me where in someone’s looks do you find out if they are kind or cruel, gentle or hard, generous or mean, faithful or a cheat, vindictive or forgiving, gentle or aggressive. The answer of course is no-where. That’s why looks are so deceiving.

Whereas looks fade over time, character grows deeper and deeper. If you have found someone who is kind, chances are that they will grow kinder and kinder. What a lovely thing to look forward to as your relationship with that person develops. Whereas if you have ‘chosen’ someone purely or primarily because of their looks, then you haven’t got much to look forward to later in life as their looks fade.

Let me also say something that I have found to be true in my own experience of men who I have dated. I consider myself to be of average looks and to be honest most of the men I have dated have been similar – i.e. of average looks. But it has always been the case that as I have got to know these men, my feelings about their looks have changed. Those boyfriends I grew to love and admire definitely got more attractive as time when on. And similarly, those boyfriends who I discovered were not as nice as I had perhaps originally thought, definitely got less attractive in the looks department as time went on. And this was over a relatively short period of time. Essentially what was happening is that my perception of their looks was affected by my knowledge of their character (and personality). That too is why I love the story of Beauty and the Beast so much because it illustrates this principle so well. The princess eventually falls for the Beast because of his character and ultimately she chooses that over and above any looks she could have had from another suitor.

So what do you take from all of this?

Your job in dating is purely to get to know and assess someone based on their character. Forget looks, forget location, forget income, forget ability. Focus on character. Finding someone with the right character will stand you in good stead and lead to you a very happy future.

Some exercises for you to do:

Be honest when you first consider someone in a dating context (whether it is a dating profile, a picture, or a 1:1 meeting or an introduction through a friend! How do you access them? What criteria are you really using?

List your top five most important characteristics that you would like to have in a partner. Check carefully that what you list are character traits only.

Which one aspect of your own character might other people not appreciate and that you therefore might look to work to improve (e.g. are you mean, sarcastic, hard, bossy, judgemental, jealous etc).