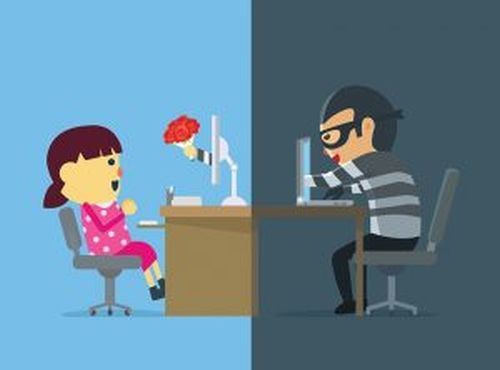 I have written numerous times about the importance of staying safe in the dating world. I am sure the majority of internet or app dating is utilised by honest individuals who only want to meet other people for ‘honourable’ purposes.  However we would be stupid if we weren’t aware of the dangers of the internet – and particularly in our case – of internet dating. Believe it or not, it’s one well-used source of finding people who are then trafficked into prostitution or slave labour. Stay Safe!

This came to my attention because I have recently been in South Africa where Human Trafficking is alive and well. I was there looking at the work of a charity I support which is very involved in raising awareness about human trafficking – particularly in schools; advocating the things that all organisations (like the government, the police, border control etc) should be doing to combat it; and providing safe houses for the very very tiny percentage of people who are rescued from having been trafficked. We visited two primary schools whilst I was there – beautifully run if very large – to tell the children the harsh realities of how easy it is to be tricked, trapped, transported and traded. It would seem that many children walk home after school alone, or wait outside the school gates for their parent or guardian to collect them – and this makes them very vulnerable to being picked up and simply taken off. It reminded me of the film Chitty Chitty Bang Bang and the child catcher portrayed there. It seems so far fetched in our country but it’s totally real and current in South Africa. The stories of children and young people disappearing in South Africa abound so it’s no surprise to discover South Africa not only provides but also receives many people who have been trafficked, as well as being a country through which trafficked people travel.

I watched an amazing film whilst there called ‘Human Trafficking’ featuring Robert Carlyle of The Fully Monty fame. It’s a heart wrenching film but I would highly recommend it to you. The film portrays the reality of Human Trafficking, but that it’s not just little kids who don’t get picked up from school who are easy targets. In fact it’s just as easy to pick someone up on line and the film portrays this so well and so cleverly. We all think we are above being caught out by con men (or women) but the truth is we’re all vulnerable to someone paying us compliments, someone who seems truly genuine and someone who over time builds a relationship with us and subtly promises us a better life. I certainly don’t want to scare you, but I do want to make you aware of the very real dangers that internet dating poses – and if not for you directly, then certainly for any children, god children, nephews or nieces that you may have.

If you ever wondered whether Satan is alive and well, and going around looking for lives to steel, wreck and destroy, this film will show you the truth.

My visit to South Africa was orchestrated by a friend who set up the NGO STOP (Stop Trafficking of People) in 2013. The work she and her team are doing there is truly amazing. At 64 she is actively working with prostitutes on the streets of her local town – a long and difficult journey helping them off the streets. She’s truly a woman of God who walks the talk.

The reality of Human Trafficking – and it’s close links to prostitution, forced labour, slavery, organ removal and other types of exploitation – seem very far from our lives here in the UK. But the reality is far closer than we may care to know. The shocking horror of this $150 Billion illegal industry should be something that all of us Christians fight against not least because it is modern day slavery and there are estimated to be between 27 and 46 million people enslaved in it. For more information on the organisation my friend set up and works in please do look at http://www.stoptrafficking.org.za. The Lord is blessing their work but the need for support is never ending. Please let me know if this type of work is something you’d like to support and I can put you in touch personally.