The Way God keeps his promises

The Story of Stephanie and James

Stephanie and James are not their real names, they met after both becoming disillusioned with various Christian Dating Websites promising love until they came accross friends1st.

I always had a chequered relationship with romance.  As an only child (not the 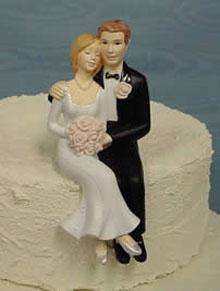 best start to developing relationships) my earliest dream (which I understand is quite common!) was to marry my father.  A little later, around the age of 5, I planned to have six daughters, all with long hair.  We would live on a farm in the country with dozens of horses, ponies and dogs.  While (in my conservative 1960s worldview) a husband would be an essential pre-requisite, my ideas on the subject were fuzzy to say the least.

School dented my confidence.  I was often teased, and seldom the popular one.  From the age of 12 I attended an all-girls’ boarding school.  Boys became an unknown quantity, a factor of which I was later made painfully aware when at medical school.  Having consciously declared a Christian commitment at the age of 13, I limited my sights to Christian men, of whom there were just two in our year of 60.  I had a crush on one of them at one stage, was abruptly let down, and retired wounded.  Men at the evangelical church I felt driven (or called) to attend could not cope with a determined, bossy woman.  They liked theirs to remain subdued and make tea.  I had a very few, short-lived romances, and began to seriously doubt I would ever marry.  It became a painful longing which would not go away despite progress in a busy hospital career.  I wrestled with God in prayer, demanding that He tell me if his plan for me was for lifelong singleness.  I felt I could live with that certainty better than with doubt.

In February 1991, as I contemplated the ashes of a brief but unlikely, yet very heart-warming relationship, God spoke to me directly.  ‘He’s Ishmael, there’ll be an Isaac’.  The words resonated with our church’s teaching on the subject-Ishmael was the son of the flesh, born of man’s will and desire-but Isaac was the son of the promise, born of God’s provision when hope has ceased.

Through exams and long nights in Casualty, and continued loneliness, I clung to the promise.  I joined various Christian dating websites in the 1990s, all without obvious fruit.  But at least it meant I met men socially, over a drink or a meal after work.  I would encourage those who are alone to try it, if only for that reason: it keeps you circulating socially and boosts your confidence.  You may also have some fun!

At various times of doubt, I challenged God again to speak to me.  ‘Renew your promise’, I begged.  Graciously, He did.  Over the ensuing years He gave me, ‘…[God’s promises] are ‘Yes’ in Christ’ (2 Corinthians 1:20) and, much later in 2004, Habbakuk 2:3 : ‘For the revelation awaits an appointed time; it speaks of the end and will not prove false. Though it linger, wait for it; it will certainly come and will not delay.’

After a break of a few years from Christian dating websites, I read a full page article on meeting Christians in the Christian Medical Fellowship’s Triple Helix.  It helpfully listed a large selection of web-based resources and profiled the Christian Dating Website friendsfirst.  I liked their approach to relationships and valued their advice.  I was grateful for a frank approach to singleness, rarely spoken of in the church.  In December 2006  after pouring over the friends1st dating website, I joined.The few men I met in 2007 were lacking in confidence and ill-suited to my profile.  By December 2007 I was totally frustrated with the process, but somehow I felt led to renew to membership, albeit at the lowest level at which I would not receive men’s profiles.

In February 2008 James wrote to me and we exchanged letters; he later sent me his profile.  His photograph was unflattering and I wondered what I had let myself in for when we agreed to meet up.  Nevertheless, we arranged to meet in April after Easter.  We chose coffee in a country hotel and the rest as they say, is history.  I would have married him the day I met him.  Within eight weeks we were seriously discussing our long-term future; God (on request) graciously confirmed to me (as only God can) through His Word, that James was the long-expected ‘Isaac’; and seven months later we were married.

My advice to others who are alone is:

1. Pray-tell God your longings, your dreams and your pain

3. Prepare for the unexpected-God may have a different plan from the one you envisaged

After various spells on other Christian dating websites, I joined friendsfirst. I received my first set of profiles and the whole experience seemed like the start of a new adventure.  It was the photograph that grabbed my attention as I flicked through my friendsfirst profiles. Coming at the turn of the year and having just returned from a trip to Australia, life was busy, but I decided to send letters to the three ladies whose profiles appealed the most.  However, I really hoped that Stephanie would respond and that I could get to know the person behind the photo.

I have always believed that major events in my life would come quickly, and that I would be prepared for most such eventualities.  2008 was the year when such beliefs would be tested.  Stephanie and I met first at the beginning of April; a fortnight later we met again; and ten days later I visited her in her flat.  It was then that I decided that this was the start of a serious friendship which quickly blossomed into love; we found ourselves back in our teenage years with sleepless nights and exchanging constant text messages.  It had been over 30 years since I had really felt this deeply about someone, and my priorities were changing fast.

My proposal, the agreement from Stephanie’s father, our engagement announcement, the reaction of surprise and delight from friends and family, wedding preparations, our marriage, and a magical honeymoon, were all condensed into five exhausting months.

So what might I be able to pass on from all this excitement?  First: never lose hope: God knows our innermost desire.  Second: be prepared: when the moment arrives be ready to act, and swiftly.  Third: don’t get so set in your single ways that you make yourself unattractive and too independent.

“Hi, I was so amazed when I read your latest newsletter about another engagement . I met Heather last May and we got engaged on 2nd November and are busy […]

“We two met (after initially corresponding via your office) early in July. Even on our second meeting we were starting to feel at ease in each others company, the excitement […]