Using the learning from the Dating Resource: The Finding Someone Special Toolkit

How Ian found his love 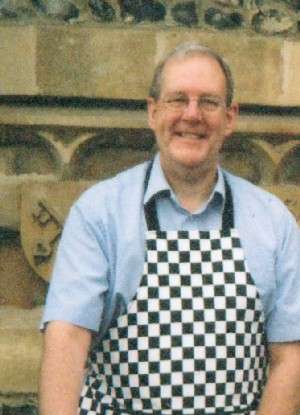 We were thrilled when Ian wrote in to tell us he had got engaged. It wasn’t to someone he had met through friends1st directly but it was completely as a result of his friends1st membership. This is primarily because as part of his Platinum membership he received the Finding Someone Special Toolkit – a fabulous Christian dating resource giving members all the skills and knowledge they need to get themselves in the right place to date successfully. I remember talking to Ian about one of the exercises in this dating resource Toolkit which is about asking people for their phone numbers. He was trying it out – even though it was outside his comfort zone – but then he said  there was no point paying for membership and not making the most of everything we were advising him to do both with his membership and the Christian dating resource, Finding someone special. It was certainly an incentive to make his membership fee work hard for him. So that is exactly what he did – and it paid off – as you can see from the email he sent in:

Just a line to let you know that I am now officially engaged! I joined you last September in some desperation about finding a life partner amongst all the evidently happy singles I had been mixing with in other groups. I wondered if I might find somebody through your organisation. Following reading one chapter of the Christian dating resource: The Finding Special Toolkit, I went through an interesting phase of asking attractive women of my slight acquaintance for their phone numbers, thereby causing embarrassment both to me and to the numerous happily married women I tried it with!

Subsequently, I have been on several dates with fellow members. Notwithstanding not putting all eggs in one basket I have also been a member of a branch of the Rambler’s Association. I joined it with my previous partner about a year before we split up, and have continued with my membership, if only for the fresh air and exercise.

Back in 2011, I had met a lady named Anne while still with my previous partner. We met on a couple of walks and also at a firework party organised within the Rambler’s Group. We got on very well at a social level. A few months later I was newly single and tried in vain to meet again with Anne throughout 2012. It later transpired that she worked on Saturdays, which was my main walking day, while she walked on Sundays, when I went to church.

Finally, on a cold Saturday last February, I attended a Friends1st lunch in Banbury. We had an interesting talk before lunch, and after a good lunch, Katharine videoed me for my video profile. She also encouraged me to keep being proactive even as time was ticking on.  I returned home thinking a further effort had been put in, then I realised my branch of Rambler’s was putting on a Quiz Night that very night, not far from my home. It was a chilly night, and the temptation was not to venture out. However, I remembered Katherine’s injunction to keep on trying, so out I went. Imagine my delight when I arrived to find Anne sitting there in our team! I attempted to be charm itself throughout the evening. Our team did well, partly through the mine of useless information in the back of my head, and we came in a creditable second. As we were leaving I took Anne to one side, and explained that, since we only met once a year, it was imperative she gave me her mobile number, which she did!! (It was at this point that I was so grateful that I had done all that practice with other ladies asking for their phone numbers as there is no way I would have plucked up courage to ask Anne for hers had I not had the practice beforehand.)

Inveterate texting followed, eventually followed up with numerous dates in Costa Coffee venues. Theatre and dinner dates followed, until she eventually agreed to the concept of an engagement – some weeks after I first asked her. July has been a wonderful month. One Monday we had a day trip to Brighton, for her to chose the ring in one of the numerous jewellery shops in the Lanes. We had enough time left for a swim in the sea, before she had to be back to meet her youngest son from school. Two weeks later we took High Tea at Cliveden, where I got on one knee and proposed. At a late stage in life, and with five children between us, we are engaged for the first time in both our lives!

The Christian Dating resource ‘Finding Someone Special Toolkit’ worked for Ian, why noy see if it can work for you too!

“Dear Katharine, It’s about time I dropped you a line of thanks and to update you on what has happened since I first joined friendsfirst about 3 years ago. I […]

Anyway to God all the glory and with the help of everyone at friends1st, I found the one. Deepak  and I got married on March 9th this year.  Thank you […]