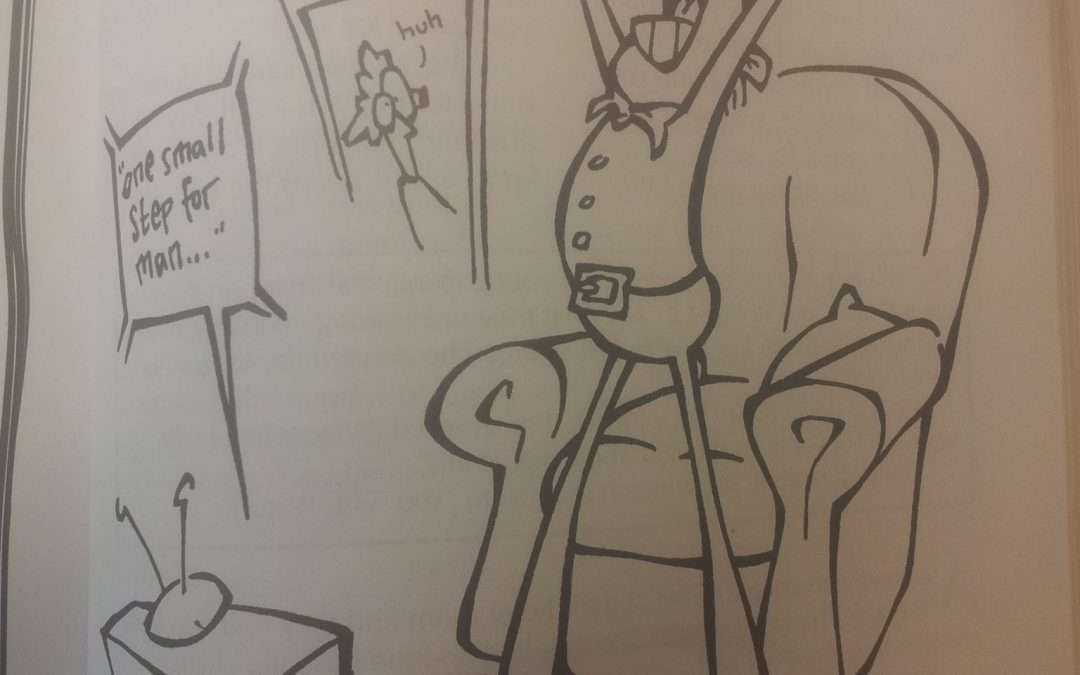 When Apollo Mission Astronaut Neil Armstrong first walked on the moon, he not only gave his famour ‘one small step for man, one giant leap for mankind’ statement, but followed it by several remarks.

Mostly routine conversation with the other astronauts.

Just before he re-entered the lunar lander, however, he made the enigmatic remark, “Good luck, Mr Gorsky.”

Many people at NASA thought it was a casual remark concerning some rival Soviet cosmonaut. However upon checking, there was no Gorsky in either the Russian or American space programs.

Over the years many people questioned Armstrong as to what the “Good luck, Mr Gorsky” statement menat, but Armstrong always just smiled and dodged the question.

On 5th July 1995 in Tampa Bay, Florida, while answering questions following a speech, a reporter brought up the twenty six year old question to Armstrong. This time he finally responded. Mr Gorsky had finally died and so Neil Armstrong felt he could answer the question.

When he was a child, he was playing footfall with a friend in the back garden. His friend hit a fly ball, which landed in the front of his neighbour’s bedroom windows. His neighbours were Mr and Mrs Gorsky.

As he leaned down to pick pu the ball, young Armstrong heard Mrs Gorsky shouting at Mr. Gorsky. “Sex! You want sex?! You’ll get set when the kid next door walks on the moon!”