J is for Judging 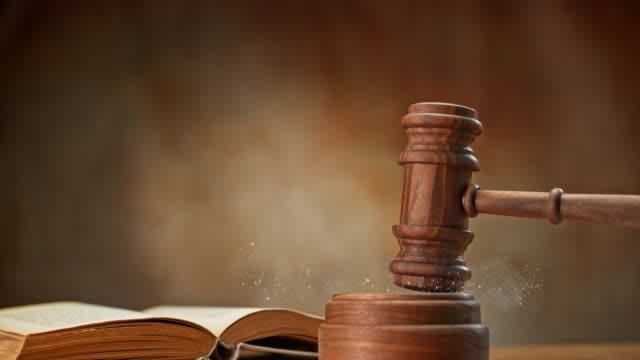 The A to Z of Christian Dating

J is for Judging.

Whenever we meet someone for the first time, we make a judgement about them. It’s impossible not to do this. It’s part of what makes us human. Research on how long it takes for this judgement to be made varies from 2 – 3 seconds to 30 seconds. Whatever the accurate answer, there is no doubt that it’s a very quick process.

If you are not aware of what is happening here – i.e. when you are making a judgement about someone (based on whatever evidence you have in front of you – whether that is the way they look, the sound of their voice, what they are wearing, what they are doing, how they walk or whatever) – you could be making some decisions that could be detrimental to your dating success.

It’s a common trait to think that your judgement of others is accurate – particularly when that judgement is made on first impressions. This is an absolutely critical mistake that thousands of people make, and it leads to many of them staying single quite unnecessarily and quite unknowingly!

Since we don’t want that to happen to you let’s look at this process in more detail and see what we can do about it.

There is no getting away from the fact of life that we all judge people and this judgement is almost instantaneous. The key thing here is whether we acknowledge the judgement we have made, and then act on it.

In most cases, your judgement of someone based on a first impression is very unlikely to be accurate that is your only information and you fail to give the other person time to reveal their true selves.

Knowing then that we all judge what can we do about it? The key thing here is to consciously aware you are doing it. Capture your judgemental thought (whether good or bad – because it works both ways) and park it. Say to yourself that you are going to give yourself time to find out about that person and give them time to reveal themselves to you.

There is a golden rule that says that until you have had at least 2 contacts with someone – and ideally face to face, that you can’t begin to make an accurate judgement about them.

The key word here is accurate. Yes, you’ve made an initial judgement, but is it accurate? Chances are it won’t be accurate because it is based on very limited (and perhaps biased by your past) information.

Let’s look at the different ways we judge people then in the dating situation.

Look carefully at how you are judging the profile and person:

Most people want to be with someone who is attractive but in reality, how attractive are most people?!

Moreover, as we talked about in B for Beauty, looks are transitory – they fade with time; and it’s character that is ultimately what most people fall in love with (unless you are a particularly superficial type person!).

So even if you see someone who doesn’t look at great as you hope for, put your thoughts about looks aside and determine that you are going to find out about their underlying character – knowing that it is that (rather than looks) that will stand the test of time.

Another point to be aware of is that the camera can and does lie! You only have to search for the pictures of someone famous on Google and you will see them looking so varied. Some good pictures, some bad, some make them look great, some make them look terrible. Perhaps the unattractive person you are looking at is really nice looking but has just had a terrible photo taken. Just look at your own passport photo if you still aren’t convinced!

Most people can’t write well about themselves. It’s a really hard thing to do. So, give them the benefit of the doubt. Don’t read what they have put and think it is set in stone. If someone says they are looking for someone who has a great sense of humour and loves the outdoors, then don’t assume they won’t want to get to know you if you can’t crack jokes the whole time and don’t spend much time doing outdoor pursuits. You may have other attributes that they’d value and appreciate, but just haven’t mentioned.

Use the profile only as a conversation starter not as something to base your decision on whether to contact them or not.

People are complex and cannot be judged from the relatively short words they write about themselves. If you base your decision about contacting someone purely on the few words someone has written about themselves, you may find you are restricting yourself from finding your ideal friend or soul mate.

It is best to use profiles as a very rough guide only, perhaps following up your initial impression with a letter or phone call to see if your first impression was correct or not. If you take the time to get to know someone you may well find you have more in common than their profile led you to believe.

Not everyone comes across well on paper and the actual essence of a person is quite difficult to capture.

What other ways do we see people judging others then?

Denomination is a key one as Christians. We think we know what other denominations are like, or what people who belong to that denomination will be like. But do you really know. It’s unlikely you do unless you have changed denomination. So be careful that your preconceived ideas about what one denomination is like, don’t stop you from contacting or getting to know someone who belongs to that denomination. Your thoughts about it may not be correct, or the person who goes to that particular church may not fit the stereotype. You really can’t judge someone’s faith just by what denomination they belong to. Rather talk to them first and find out if your preconceived ideas are correct. You may be in for some surprises and if you let your prejudices stop you contacting someone who is from a different denomination from you, or from one you are less familiar or comfortable with, you may be missing out on a friendship or relationship that could be perfect for you.

We talked some weeks back about character and searching for people with certain characteristics. Although it seems sensible to only contact those people who have the characteristics you think you are looking for, you will miss opportunities if you restrict yourself too much. The saying ‘Opposites Attract’ is true and it is a common reality for thousands of people as your friends will probably tell you.

It’s also easy to judge people incorrectly at the initial point of meeting them. Perhaps you are so set on finding a marriage partner that you don’t really allow a friendship with the other person to develop. This added pressure will make both of you react in certain ways and this won’t be conducive to really getting to know someone properly.

We know many couples who have been unattracted, or relatively uninterested in each other (as marriage material) in the first couple of meetings they’ve had. They all went on to get married – proving that their first and initial judgements were not as accurate as they thought at the time. Reference David and Gill here.

Another common mistake that can be fatal for your dating success is thinking and believing that your past experience or knowledge will stand you in good stead for the future.

It’s quite common for us to hear people make sweeping generalisations about other people based on their past experience. So for example, people say “I’ve met lots of people who are shorter than me and I’ve never been comfortable with any of them.” Or “everyone over x age is far too old for me.” Or “men who like football just aren’t my type.”

These generalisations about others really limit your opportunities because they stop you contacting and meeting someone who is the exception to the rule (and there are plenty of them) who could be just right for you!

However hard it is to break out of our own belief systems about how other people are, if we want to have the most success in finding someone special, then we have to put our own preconceived judgements and opinions to one side.

By all means think that someone over x age is probably going to be too old for you – but reserve judgement until you’ve actually spoken or met them – you might be in for the surprise of your life.

The key thing here is to try to be as open minded as possible. Be aware you have a natural instinct to judge people very early on in your connection with them but determine to part this judgement and give people time to reveal their true nature to you.

If you do that, you’ll be amazed and pleasantly surprised how many more people are available to you, and how your opportunities for meeting a potential partner will increase.