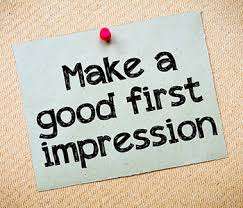 We’ve been reviewing the data we collect from the surveys we send you and there is a lot of feedback about how members are conducting themselves when initiating first contact and the turns that these conversations commonly seem to take. It’s things like talking about your health (or rather your ill health – aches and pains, the common cold or more serious illnesses you may be suffering from). Quite honestly this should NOT be a topic of conversation in your first contact/call. It gives out completely the wrong impression.

Let me tell you about an experience I had recently that illustrates the point. I met a man at a social gathering who was there with a mutual friend. I’d primarily come to see this friend but I hardly had a chance to talk to her for the almost non-stop talk of this man. Now luckily for him his conversation was very interesting (except that it was less of a conversation and more of a monologue!). Within five minutes of meeting him I’d been told all about his relatively recent heart attack and associated heart and health problems. I nodded politely as you do and made the right remarks – but inside my thoughts were not that positive.

Quite frankly not knowing this man from Adam, did I really care two hoots what his past and present health problems were? No I didn’t! At this point we have no relationship, no foundation or a jot of care for each other and being told his health history was really the last thing I wanted to hear. The important thing for you to note here is that it did him NO favours in my eyes telling me all about his problems. As I said luckily he was an interesting man which balanced out my negative feelings I had when he was going on about his health – but if he hadn’t been interesting then my overall impressions of him would have been very negative indeed. Put this in a ‘dating situation’ and he might well be one of those people who can’t understand why people aren’t interested in him when he gives them a second call.

Other topics I’d advise steering well clear of in your first conversations with others are family problems; past relationships; your ex or late partner; moaning about your job or moaning in general.

It’s not that these things aren’t ever to be discussed – and good friends will obviously discuss them and support each other over them – but bring them up an discuss them in your first contact with another member and I can assure you they probably won’t want to continue the contact. Harsh yes but true – and this is not just my thoughts – it’s what your feedback is telling us.

If you think this doesn’t apply to you, I challenge you to record the next couple of first conversations you have with other members. Use a tape recorder or an app on your phone. You might be very surprised when you listen back to yourself and hear what you say.

And again tone of voice is important. Do you sound jolly and lively, or dull, bored and miserable?  I had a lady on the phone the other day and her tone of voice was so miserable that I thought to myself if she sounds like that to other members, then I’m not surprised if she’s still on her own in a year’s time. It’s harsh but true – and it applies to all of us – me included!