Click and flick – the Brutal side of Dating apps 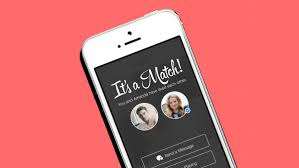 Click and flick – the Brutal side of Dating apps

I was shocked to read this article in a ‘thinkers’ magazine recently and I’ve reproduced it here for you as a warning of what is going on in the world, particularly in the dodgier side of online/app dating where click and flick is the norm. Romance is being killed off by the brutal marketplace of dating apps such as Tinder – User beware!
Thank Godness there’s an alternative –  friends1st!

My foray into the world of online dating was short-lived. Within a few hours of my profile going live, a deluge of young men in their early twenties began to bombard me with messages.

I was shocked and somewhat delighted. At my age, I had expected mostly sad widowers and maybe the odd divorced equine veterinarian, encouraged by the pictures of me on my horses. To attract a clamour of Ashton Kutchers was beyond my wildest dreams because, although I was now undoubtedly in the cougar age group. I really hadn’t seen myself as a Demi Moore.

When I opened the messages, however, any notion that these handsome young men were about to whisk me on a romantic dinner date, then marry me on a windswept beach, evaporated.

In other words, these eager young bucks were cutting straight to the chase. Actually, to be more accurate, they weren’t bothering with the chase. They were cutting straight to the kill. I had to inform them that, despite my advanced years, I knew nothing interesting whatsoever to do in bed, unless you counted eating club sandwiches while watching old box sets of Columbo.

But they weren’t all asking for sex that very night. Some of them demanded I send them a sample picture of the goods before they decided whether to come round. ‘How very dare you!’ I replied, before shutting down my profile.

I quickly realised that, no matter how it started, online dating — and possibly all dating, because most dating is online now — had become pornographic in its pared-down urgency. No dinner, no dancing. Just sexting — followed by actual sex if you were lucky.
Welcome to love in the age of instant gratification. Since the dawn of the digital era, dating has become so focused on the immediate and the mechanical that the possibility for romance has been extinguished.

And now there’s Tinder, the smartphone app offering you thousands of possible dates in your area, where you click on the photos of the ones you fancy. This is speed dating taken to the extreme, based on looks alone. It is choosing a person as you would choose an apple or a potato — ooh, this one’s a hit lumpy, throw it back.

I don’t worry too much on my account. At least I’ve had romance. Back in the Eighties, it was quite the thing. But for young people trying to find a mate now, there is only the brutal marketplace of Tinder and Snap chat. iLove is all they know.

The boy’s actions are shocking, of course. But perhaps the real scandal is that kids are growing up in an environment where it is normal to send each other naked pictures. Whereas once a girl felt confident to slap a man’s face when he went too far, now women increasingly feel pressured to com ply with demands to cheapen themselves.

Consequently, what young people know about romance you could write on a Tinder profile. The ancient art of courtship is dying. They don’t understand the need for a narrative, that something else must be going on apart from the sex — like rescuing, if you want to be traditional.

Do today’s teenagers even know about Richard Gere in his white navy uniform sweeping Debra Winger off her feet? Or Deborah Kerr asking Yul Brynner to dance? Or Julie Andrews falling for Christopher Plummer as he sings Edelweiss?
I doubt it. If Maria were on Tinder now, she’d swipe away von Trapp’s image with one flick of her index finger. ‘Ooh, no. Too intense-looking.’

As for Romeo, he would stand beneath Juliet’s balcony and exclaim: ’But soft! What light from yonder window breaks?
‘It is the iPhone 6, and Juliet is reading my sext!

‘Get your kit off fair lady and send me a picture of your fair boobs!’

Of course, modern life being hurried, we need to arrange dates quickly and move on if they don’t work. Your average career girl doesn’t have time to amble along with a guy who isn’t going to offer baby-making services after six months of dating, a year tops. Fine, I get that.

But even fixing people up in an artificial way used to be more romantic. When I was a student, I worked for a dating agency during the summer. It was the old-fashioned kind, with an office full of ring binders featuring women in their thirties and forties and men who just wanted to ‘have fun and explore the world with that special lady’.

Which brings me back to sexting. Like most women, I’ve been on the receiving end of this. Some years ago, a male friend started pestering me to send him naked pictures. But whenever I put it to him that I was single, and he was single, and that we could always meet up and go on a date, he always hacked off. He didn’t want sex, you see. He wanted sext.

Sext is not sex. It is its own particular creature. Like a digital photo that never gets printed out, a sext session pleases a certain kind of man precisely because it doesn’t exist in reality. It is the lowest maintenance human contact possible. And, above all, it is fast.
The same goes for Tinder, which boasts: ‘It’s like real life, but better.’ A more honest slogan would he: ‘It’s like real life, but less bother.’ You would think. wouldn’t you, that the site was confined to young people? You would hope it didn’t impinge upon the middle-aged or the elderly.

I’m afraid to tell you that a friend of mine, aged 50, has put himself on Tinder. Stung by a bad divorce, he decided to get himself out there. Flick, flick, flick, he goes, his finger pushing at his iPhone screen as he trawls through the endless photos of hopeful-looking women attempting seductive pouts.

‘No, no, no,’ he says, as he flicks them away, dismissing one smiley face after another as they fly past his view in the most fleeting of split seconds.

‘No good. Mad eyes.’ Flick, flick, flick. Occasionally, he meets one lie likes the look of and they go on a date. If he has to spend too much on dinner in return for too little action, he doesn’t see her again.

The best result, the ultimate Tinder hit, he assures me, is a woman who puts out after a meal costing less than £15 a head. Nando’s and a handos, you might call it.

Like most people on Tinder, he often insists that he is looking for love, but I’m not convinced. The women might be looking for love, but not the men. Every now and then, he tells me I ought to get myself on it. I tell him I’d rather put myself inside the main auction pen at Hailsham cattle market.

The worse thing is that the Tinder contagion is spreading. The flick, flick, flick attitude has taken hold in clubs and bars. No one chats you up any more unless you are exactly what they are looking for, physically speaking.

A friend tells me that she recently saw a young guy in a bar making a leftwards swiping gesture with his hand to his male friend every time they saw a girl they didn’t fancy. ‘He was swiping them away like they were faces on his phone screen,’ she said.

Don’t judge the guy too harshly. The Tinder generation doesn’t know how to get to know you. They have been encouraged to shop online for their ideal mate, guaranteed next-day delivery. They have been led to believe that if they google enough they will find just what they want.

As I say. I don’t worry for myself. My dating days are over bar the shouting, thank goodness. But for today’s young people, it’s a tragedy. For them, the endless choice on the screen is an illusion.

Locked in their virtual dating world, the faces on their iPhones flick past ever faster. There are thousands to get excited about. It’s just The One who isn’t there.

Discover if you are eligible for our £100 off voucher