Is the Church failing single people?

Is the Church failing single people

Singles make up an increasing proportion of the Church. But are we ignoring their needs and contributions? This article asks the question: Is the church failing single people? A question asked by many single Christians.

We’re told that for every single man in the Church, there are two single women. By the age of 40, the ratio drops to one man for every four women; by 50, it’s one in six. The fact is that many of us will remain single, whether we like it or not. And with a lack of opportunities for Christian single to meet, many men also never meet their life partner.

With singleness on the increase, inside and outside the church, one might hope leaders would be looking for ways to support single people and tackle the issues that face them. Sadly, though, many Christian singles report feeling unsupported, ignored and even belittled in their churches.

“The Church doesn’t know what to do with single people,” says Nadine, 44, from Somerset. “I’m divorced without children. My congregation includes widows, single parents, and those who’ve never married. We all have different issues – but the church seems to think that if they lump us all together in the occasional social event, that’s the ‘problem’ sorted”. This sort of comment would certainly add weight to the argument that the church is failing single people.

Most churches rightly put an emphasis on supporting married couples and parents. But the assumption that marriage is the ‘norm’ can make singles feel like a sub-class.

“The focus on family life makes me feel very isolated” says Beth, 42, from Hampshire. “I was in one service where children were told to sing one part and ‘mums and dads’ the other. I felt utterly invisible. Upholding an ideal should be valanced with supporting those who aren’t fortunate enough to have achieved that ideal. I’m sure this attitude is driving people away from the church.”

“In my last church, I often felt like a half-person who’d only become a whole adult once I’d dragged some chap down the aisle,” admits Claire, 37 from London. “There’s nothing wrong with ‘family’ services  or teaching on marriage, but this obsession with nuclear families makes the rest of us feel like freaks. It’s ironic that Jesus wouldn’t even have recognised the Western nuclear family, so far is it from the first century Middle Eastern model of family.

“I’m now in a church where single people, divorcees and so on are mentioned as often from the pulpit as married people and parents. At last, I feel like a full member of the club.”

Although Christian singles events and websites are springing up all the time, these largely focus on dating, so still emphasise coupledom as the norm. Many singles feel churches should encourage a wider variety of relationships – and it isn’t just women who feel the pressure.

“Walking into church alone is awful!” admits Daniel, 31, from Oxfordshire. “One of the first questions people ask is, ‘Are you married?’. It makes me feel so uncomfortable that I rarely go to church any more. I recently accompanied a female friend to her church and she commented on how many more people approached her because they thought she was part of a couple. It seemed beyond some people that two friends could go to church together.”

“That pressure can make people rush into marriage too quickly,” adds Shane, 42, from Gloucestershire. “I have friends who got married young because it was expected. Some are not divorced or in unhappy marriages”.

In a dating agency poll, only 2% of respondents said their church was an ‘excellent’ place for single people. Forty one per cent said there was no recognition or affirmation of singles; a further 40% said that although their church was ‘reasonable’, there was nothing specific for unattached people.

“Most churches have mother-and-toddler groups, kids’ groups, youth groups, ladies meetings, men’s breakfasts – but no singles groups,” says Beth. “Even if it was in conjunction with other local churches, surely it could be done?”.

There are certain times when being single is even more difficult.

“I found Mothering Sunday particularly tough in my old church,” admits Claire. “My own mum is dead, and I’m worried I’ll never be a mother. The services just rubbed this in. It makes me appreciate my current church, where the service acknowledges women who want to be mothers but aren’t, mothers whose children have died, and our own mums, alive or dead. The children present a flower to every woman in the congregation, and I leave the service feeling noticed.”

Some singles report feeling frustrated by the assumption that they’re unfulfilled and desperate – when they may be content with a partner, or happy to take their own time finding the right one.

“When I visit my old church, the first question I’m asked is, ‘Have you found a nice man yet?’ says Claire. “It’s embarrassing to keep admitting that ‘No, I still haven’t’! Then people try to fix me up with any single man they know, as if anyone will do!  If you do start dating someone, people immediately want to marry you off, which can put enough pressure on a blossoming relationship to kill it altogether.”

“The older ladies at church tell me they’re praying for me to find a nice man,” says Sally, 38, from Essex. “ I appreciate it, as I’d love to marry – but it piles on the pressure! The truth is, I may never find Mr Right – but the Bible tells me I’m complete through Jesus, not through marriage.”

“In retrospect, I realise I relied on my ex-husband for emotional security,” adds Nadine. “Now I rely on the Lord, who says I’m whole in him. I enjoy the freedom I have as a single person.”

In another, 67% of respondents said their church’s teaching on singleness was unhelpful, irrelevant or simply absent.

“Marriage and parenting are talked about all the time, but I’ve never heard a sermon on singleness,” agrees Beth. “It’s occasionally alluded to as the ‘gift of singleness’ – but it doesn’t feel like a gift to me! I’ve learned I have to deal with my loneliness with non Christian friends – people inside the Church just don’t want to hear about it.”

“Maybe we have to be the answer to our own prayers,” suggests Shane. “Married people teach on marriage; perhaps single people should teach on singleness.”

Nadine agrees: “There’s a certain smugness about married people. The best person to teach about the single life is a single person.”

Worryingly, it’s suggested that negative attitudes to single people could even be sabotaging Church outreach efforts.

In my area, 51% of people live alone,” says Sally, “but that isn’t reflected in church life. Many newcomers simply can’t see themselves fitting in.”

The Evangelical Alliance has made the following recommendations:

We need to recognise the calling of single people to take their equal place within local and national church leadership.

Churches should foster a depth of relationship among members, and avoid isolating single people or pressurising them into marriage.

Churches should give a greater level of pastoral support to single people going through major life changes, and those caring for adult dependants.

Radical rethinking is required of the concept and practice of ‘family’ services.

Preachers should remember their congregations include single people.

Increased efforts should be made to recognise, develop and direct the gifts of all single people.

Shared holidays between married couples and singles could be encouraged. 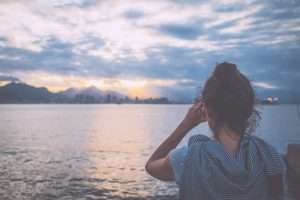 “Your service has been excellent – you have always answered my questions and request for assistance promptly and effectively. Please find enclosed my renewal fee.”

I wasn’t sure about joining ,it has taken a long time, have been a member of another dating site, on line , not great, no support etc, I’m not very […]

‘Thank you for sending me a copy of the ‘Top Tips for making new friends and enjoying successful dating’. I appreciated the prompt response to my request for this book! […]