friendsfirst was set up in 1999 by Katharine Gray – and since we know quite alot about our members through our contact with them over the telephone and through their profiles, we thought it’s only fair to let you know a little bit more about us – so here’s Katharine’s story and what brought her to establish friendsfirst – in her own words.

I was brought up in Sussex in a Catholic family – my mother being a Catholic and my father an atheist which is probably why I have a questioning attitude towards my faith which has moved from being worked out in the Catholic tradition to now finding expression in the Church of England. I went to Edinburgh University for four years which I loved and then had a career in the health service prior to working for Sport England in both a regional and national capacity. It was during this time that on a church weekend away, Elaine Storkey encouraged our church to ‘do something’ for single people’, and I thought “Yes that’s something I could do!” I suppose the rest, as they say, is history, as friendsfirst was researched and then born, and quickly grew from being a local Birmingham organisation to the national organisation that it is today.

I started it off working from my sitting room in the small house I shared with a friend, and when we moved, from a spare bedroom that was converted into an office. Originally friendsfirst was a part time job – but after a couple of years, it became a full time job and I was able to give up my job with Sport England to concentrate fully on friendsfirst making sure members were getting the most out of the services we offered. Although we’d already had some early marriages, many more came along as I was able to devote more of my time to helping members contact and meet each other. My focus hasn’t changed down the years and I still pride myself that it’s our involvement with members on a very one to one basis that makes friendsfirst different from other similar dating agencies (and of course internet dating sites) and why so many memberships are ‘successful’.

friendsfirst has been going for 21 years now and it still gives me such great pleasure to work here. I find getting out of bed every morning really easy knowing that the day ahead is full of purpose and meaning – this is a job where I can really make a difference to people’s lives and that is incredibly special.

Outside of work I lead a busy and fun life. The pictures of me below show a bit of it!

My husband is a Catholic so I sometimes go to church with him, otherwise I am a member of our small village church in which I’m involved in various activities. We are very lucky to live now in a very beautiful part of the country which we both really enjoy. I like to work hard and play hard and my attitude to life is to go for it for all it’s worth! 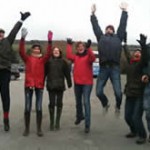 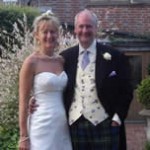 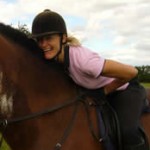 “Well done, that is absolutely brilliant! I spoke with Kay this evening and she said how much you have done for Friends First over the years so it is great that […]

“Please suspend my membership – God has brought a lovely Christian women into my life. There’s none more surprised than me, but I know He keeps his promises even if […]

I joined friendsfirst a couple of years ago as I was not meeting single women of my age bracket. I was not sceptical of joining as dating agencies are now […]

“I will recommend friendsfirst to single friends when I get the chance. I think it is a very valuable organization and the events you have organised sound a great idea”