Why are we an Award Winning Christian Dating Site?

When you are looking to find a soul mate, joining an organisation that has achieved Awards for its service is a good way of determining whether you are in safe and reliable hands. friendsfirst has won such awards which is why we are proud to say we are an Award Winning Christian Dating Site.

If you are looking to find other genuine people (of course Christians) to meet and make friends with – perhaps ultimately to settle down with, then you need to join an organisation that is WELL ESTABLISHED, GENUINE, HAS A GOOD REPUATION, IS LONG STANDING, SAFE AND WELL KNOWN and ideally is recognised publically for their work

You’ve come to the right place here at friendsfirst.

In March 2012 the 8th Annual Wise Women Awards were held at the London Hilton Hotel in Paddington in front of a packed audience of influential Christian leaders and their friends and family. These awards recognise and celebrate the achievements of Christian women in the UK .

Katharine  had been nominated in the Business Category some weeks previously but although hopeful had little real expectation of winning the award not least because it’s a highly competitive arena.  The evening kicked off as everyone arrived up the grand staircase of the Hilton – it felt a little like the Oscars with the hotel’s plush red carpets – and there were so many glamorous guests arriving. Balls gowns, black tie and sparkles were the order of the day. The Hilton did everyone proud with a lavishly prepared room and the ceremony kicked off with some fabulous music from the Premier Gospel Choir, and included dynamic and roof raising singing from Rachel Kerr and X Factor finalist Beverly Trotman. We were honoured to be in the company of some well known and truly impressive people including Angela Sarkis CBE and the quite lovely Doreen Lawrence OBE (mother of Stephen Lawrence).

A three-course meal was served and everyone was soon on the edge of their seats to hear all about the nominees in each category and find out who the winners were.

The Business category came towards the end and nerves were running high. There was great suspense as the envelope was opened … and it was announced that the winner was … Katharine Gray.

She writes: “I simply could not believe my ears especially given the talents of the other nominees! I was so surprised and truly humbled to win. What an incredible thing to have happened.”

“It’s an amazing thing to be an Award Winning Best Christian Dating Site” – we operate entirely off line and offer a very personal service to our members.

‘friendsfirst has been a long time coming. The way it is organised and run is good. It’s what I’ve been waiting for.’

“Dear Patricia, Thanks so much for the call last night – I did appreciate it and all the work that you are doing on behalf of the friendsfirst members. You really […]

“I’m ringing to let you know I’ve just got married to a fellow widower. The principles you gave me really helped me to be open minded to respond to everyone […]

“A friend of mine suggested that I might like to join friends first. She had seen it advertised in a Christian magazine. When people had suggested this kind of thing […]

(Elizabeth 64 Cumbria)
Katharine was presented with a lovely glass trophy inscribed as follows:

Wisdom for Women International and Keep the Faith magazine

For running a business that positively impacts the community

“A women who fears the Lord shall be praised.” Proverbs 30:31 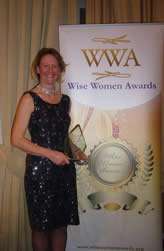 I am resigning my membership from friendsfist. I have been more than satisfied with the help by phone, and with the many profiles which I have received. It is a […]

“The guide is brilliant. Thank you.” –

“I have found your service both modern and professional. Thanks for your help.”

(Jillian, Technical Consultant)
Katharine hadn’t prepared a speech  so had to ‘adlib’ her thanks – which wasn’t really hard as she gave the praise to the Lord for what friendsfirst has been able to achieve over our 12 years. As she talked about single people and marriages there was a lot of laughter in the room –  there were a lot of single people there all hoping they could find partners in the near future.

Katharine’s husband filmed some highlights of the evening – and you can watch a short clip of it, including hearing some of the awesome singing, and Katharine’s award acceptance speech in the video below. I hope you enjoy it and can share in the fantastic atmosphere of the evening. Please do share it and lets others see what our wonderful God is doing.

It’s as a result of this award – and the publicity that followed (eg a major interview in the Church Times a couple of months later) that we’re proud to call ourselves the UK’s best off line Christian introduction dating agency. So if you’re serious about finding someone to share your life with, don’t waste your time joining the myriad of online ‘fly by night’ agencies that you’ll find on a quick search of Google. Make sure you join one that has a reputation – one which will delight you – and one which when it says it’s the best, is making a claim that is well substantiated – especially by others!

We look forward to welcoming you and if you want to find out if we have members in your area just fill in the details on the form on the right of this page and we’ll get in touch.

“Thanks for your reply to me from our phone conversation, you sound like a great bunch of people doing a great job!!’

“My membership of friendsfirst gave me the confidence to get up, get out and meet new people – and eventually to my meeting someone really special that I have clicked with. […]

“I am so glad that I joined Friends 1st! It took me a few months of thinking, praying, and plucking up the courage before I joined, then I decided to […]

“Merion and I would like to say a big thank you to Friends First, in particular, Katharine who was very encouraging to myself when I was ready to give up. […]

“Your Top tips is a brilliant book, a great guide to dating, especially when I haven’t been out with anyone for more than 14 years, I’m really excited”

“I did not know what to expect from your service – and have been pleasantly surprised. Thank you for your assistance over the year.”

“I would like to thank the friendsfirst team for assisting me in making some good friendships. I have thoroughly enjoyed being a member”

‘’I’m just going to enjoy this, make the most of it and laugh.’’

(Susan on joining FF by phone)

“Congratulations! Your vision has been rewarded  – in style!  Although not a friendsfirst member anymore, I continue to receive your emails – and this was a delightful one to receive. […]