A lot like Eve by Joanna Jepson – Book review

A lot like Eve by Joanna Jepson – Book review 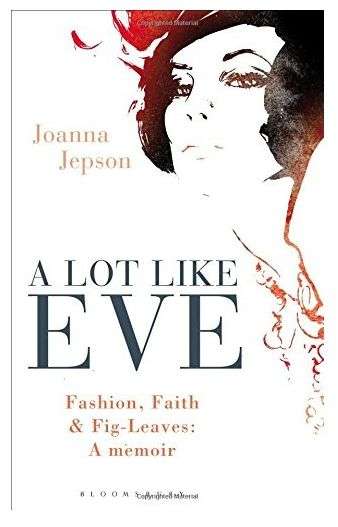 Joanna Jepson was born with a facial deformity that led to her being mercilessly bullied through childhood and adolescence whilst a strict evangelical upbringing imposed further challenges. Reconstructive facial surgery and a religious meltdown left her unrecognizable and disorientated, and triggered a search for identity and belonging.

After ordination, a spell in the cloisters of a Welsh convent and a burst of headline-hitting fame in relation to the cleft palate abortions in the news a few years ago, Joanna became the first Chaplain to the London College of Fashion, with unique opportunities to explore the world of self-image.

Not just an autobiography, A Lot Like Eve exposes the cultural idols and preoccupations that hook so many women into trying to prove that they are worthwhile in the way that the world expects. Like the first (metaphorical) woman, Eve, we too are still trying to pretend that we are wonderfully adorned by our own kind of fig-leaves.

“This is a brave, moving and thoughtful book and I absolutely loved it. I read it on a train, wearing cheap mascara, and got off at the other end, elated and looking like a panda” –  Sally Phillips