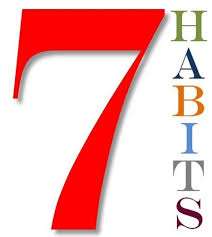 It’s a constant source of pleasure to me that so many of our members have been successful in finding the friendship or relationship that they hoped to find when they joined us. And equally it’s a sadness that I carry when members end their membership and haven’t found that special someone. I do truly want all our members to find what they are looking for and remain optimistic and hopeful that this can happen.  Obviously we talk to members at the end of their membership (or when they’ve found someone during their membership) and I’ve recently been reflecting on these conversations quite a bit. It has become obvious to me that although our ‘successful members’ are hugely different to each other and each of them have very different circumstances, they do share some common traits which have led them to being successful in finding their someone special. So we’ve written these 7 traits of successful members to help everyone be successful!

And also the members who are unsuccessful  (and who are generally the loudest in voicing their dissatisfaction) also share some common traits. This is all very interesting – because it means if you want to be successful, then finding out what these traits are, and adopting them into your life, would most likely mean that you’d join the successful group of members! – which I’m sure is what you want.

In preparing to write this article I took a quick look at google to review Stephen Covey’s book – the 7 Habits of Highly Effective people – a best selling business book sold by the millions. Interestingly his theory is the same – if you want to be successful (in life/business) then adopting the 7 habits is essential because in one way or another all successful people share them. I’d google them yourself because quite a few will resonate with what I’m going to share now.

So here is our condensed version of the 7 traits of our successful members.  As you read them, take time to reflect on your own behaviour and thinking. Really ask yourself if you model these traits – because if you don’t, then you are probably (in fact I’d go as far as to say definitely) not going to be as successful with your membership as you could be.

Trait No 1 –  PERSEVERANCE – even if it takes 7 years like it did for Chris!

I was looking through some of our statistics last month and a huge number of the people who’ve got married through us were on our books for over 12 months. Of course there are exceptions but the exceptions are exactly that – exceptions. Most people who meet someone through us have persevered with their membership, persevered in contacting and meeting people, and therein has lain their success.

It’s like so much in life, if you give up after a few failures, then you’ll never succeed. Keep persevering and success is your reward. Yes it’s hard work persevering – no-one ever said it was going to be easy – but the rewards are great if you keep going. Now perseverance may mean continuing with membership for over one year – hopefully it won’t mean persevering for 7 years like Chris did. 7 years is a long time – but when Chris finally found Gill (who’d only been with us for one month when Chris contacted her) his waiting was over – and his reward was a wonderful woman who became his wife.

Our successful members have all walked up the aisle thoroughly thrilled with who they are marrying. But so many of them tell us that they married someone different from what they had first expected or hoped for. Belinda (from Portsmouth) (who got engaged on 23rd December 2016 to fellow member Neil – from Addlestone) told me Neil was completely unlike the man she thought she’d marry –and that she was glad she’d taken on our advice to cast her net more broadly. That doesn’t mean she dropped her standards or changed her criteria about her ideal man. Not a bit of it. It’s just that being open to all sorts of people allowed her to discover that someone, who looked different from the picture she had in her mind of her ‘ideal man’, actually had all the qualities she wanted.  Stephanie (from London) is another example. She had a clear picture in her mind of what she wanted – but married someone very different. Perhaps it took her so long to find Mr Right because she was clinging to her list – and it was only as she ditched it, that God was able to bring James (from Coventry) into her life.

Trait No 3 – TRUST GOD FOR HIS TIMING

Stephanie (from Alvastone), who rang us recently to say that she and Stanley (from Blackburn) were very likely to be getting engaged in 2017, has been a member for 21 months. When I asked her why she’d persevered with membership she told me that God had told her it would happen in His timing and because she trusted Him, she therefore continued with her membership until His promise was realised. She prayed as if all depended on Him, but acted as if it all depended on her (which by the way is just one of our guiding principles advocated in our ‘Finding Someone Special’ toolkit.)

Trait No 4 – THEY ARE PROACTIVE

Our most successful members contact lots of people, and respond to everyone who contacts them. They aren’t waiting for Mr or Miss Right to knock on their door (as some members do) but know they’ve got to make it happen by contacting as many people as they can. David (from Maidstone), who is now in a relationship with Jean (from Ashford), was very proactive in contacting the people we sent him and it was no surprise to us when he then told us he was in a relationship. (Interestingly, at one time, he’d wanted to cancel his membership but was encouraged to persevere. Thankfully he did and six months later his position was very different!). When we say lots we mean lots. That’s more than just one or two – which doesn’t really make the grade. Remember this is hard work – and the hard work is making the effort each time to contact people in the right way so you get the right response.

Trait No 5 – THEY ARE OPEN TO SUGGESTIONS

Clare (from London) who has just married Phil (from Caversham) on 28th January would never have got his details because her age criteria didn’t include men of Phil’s age. It was only when Jo (our membership manager) persuaded her to amend her age criteria just a little bit upwards that she then got his details (and we were soon celebrating another match made in heaven). You’d be amazed at how many members refuse suggestions like this from us (and we know they’ve missed out as a result!). Rachel (from Lancashire) is another example. As a vicar she really didn’t want to meet a fellow vicar (so she thought) but when Ian (from Cheshire) joined us, we thought they might be a good match. He was also an occasional smoker which was on Rachel’s ‘No’ list, but we suggested she at least meet him once – and we’re glad to say the rest is history.

Trait No 6 – THEY CONSIDER WHO PEOPLE ARE FIRST, AND WHERE THEY LIVE SECOND!

Wendy (from Beckenham) and Gerard (from Banbury) are getting married on 8th April this year yet they currently live over 2 hours away from each other. Interestingly all the other couples I’ve mentioned here (except David and Jean) live well over an hour from each other, and this is very common. Almost everyone says they want to meet someone local (that’s normal and obvious) and yet it’s ALWAYS the case that when people fall in love, suddenly the geographic distance between them is no longer a deal breaker!!! For another great story about distance being conquered by love read the story on our website about Eunice (from Bristol) and Forbes from Scotland!

You may have heard me talk about Phoebe (from Tring) who married John (from Nottingham) a few years ago.  Phoebe was about to give up and end her membership and had rung us to say she was very disheartened by not having met anyone suitable. We persuaded her to give it another year. In her very next set of profiles she received John’s details (he’d just joined the month before) and they went onto marry. I’m 100% sure if she’d stopped her membership at the end of that first year, she’d still be on her own now. Hers is also a common story. Sometimes it’s not a question of friends1st ‘not working’, it’s just a matter of the timing being right!

Many of the people I’ve mentioned here have stories that you can read in more detail on our website (see Feedback/Stories and Marriages) and there are plenty more too. Each and every one has a lesson you could learn from – and pretty much every story illustrates one of the these traits.

Now you probably can’t work on all these traits at the same time. But look back at the list and choose one trait you’re going to work on this month. Then do the same next month and keep doing that till all these traits are built solidly into your life. You don’t have to take my word for it – just look at the couples who’ve met through us (or through any other organisation for that matter) and you’ll soon find evidence of these traits.